NO MORE CLASSROOM CLASSES FOR THE NEXT FEW MONTHS. ALL E-REWARD GRP COURSES ARE NOW CONTACTLESS AND VIRTUAL. ATTEND FROM YOUR HOME OR ANY LOCATION.

The coronavirus is disrupting everything – but this doesn't mean you want to put your career on hold by stopping your learning and training. Whether your office is closed or you're planning for potential closure, we stand ready to help with ALL GRP courses now available as live stream courses.

You can participate for the entire GRP course via our streaming platform. On top of that, we’ll provide you with individual tuition – hour-long, one-to-one online tutorials with Alan Gibbons. Exams will be taken online.

Book your next GRP course as usual and full log on and joining instructions will be provided shortly for the class(es) that you have registered to attend. You will receive by email an electronic copy of the course book (PDF) so that you can print it out and follow the streamed course, exactly as you would if you were live in the classroom.

No expensive tiring travel, no crowds, no hotel rooms. Just provide your own hand sanitizer!

We guarantee you will have a will have a superb learning experience – if you don’t we will offer you a full refund.

Drawing on the extensive data on gender variations contained within the E-reward Summit Database, Steve Glenn – E-reward’s Head of Executive Remuneration Research – has produced a more far-reaching and granular analysis than that presented by the latest Hampton-Alexander report. In addition, the report includes commentary from Duncan Brown, Head of HR Consultancy at the Institute for Employment Studies.

Using details relating to around 3,400 executive and non-executive directors in FTSE 350, we hope it goes deeper than the already comprehensive Hampton-Alexander analysis because as well as the prominent roles covered by the official report we also examine:

Our main conclusion is that while the proportion of female directors is on an upward trend, for both executive and non-executive roles, women tend to be employed in positions with less responsibility and influence. We shall continue to monitor this area as well as extending our analysis to all FTSE SmallCap directors and executive directors in Fledgling and AIM firms. 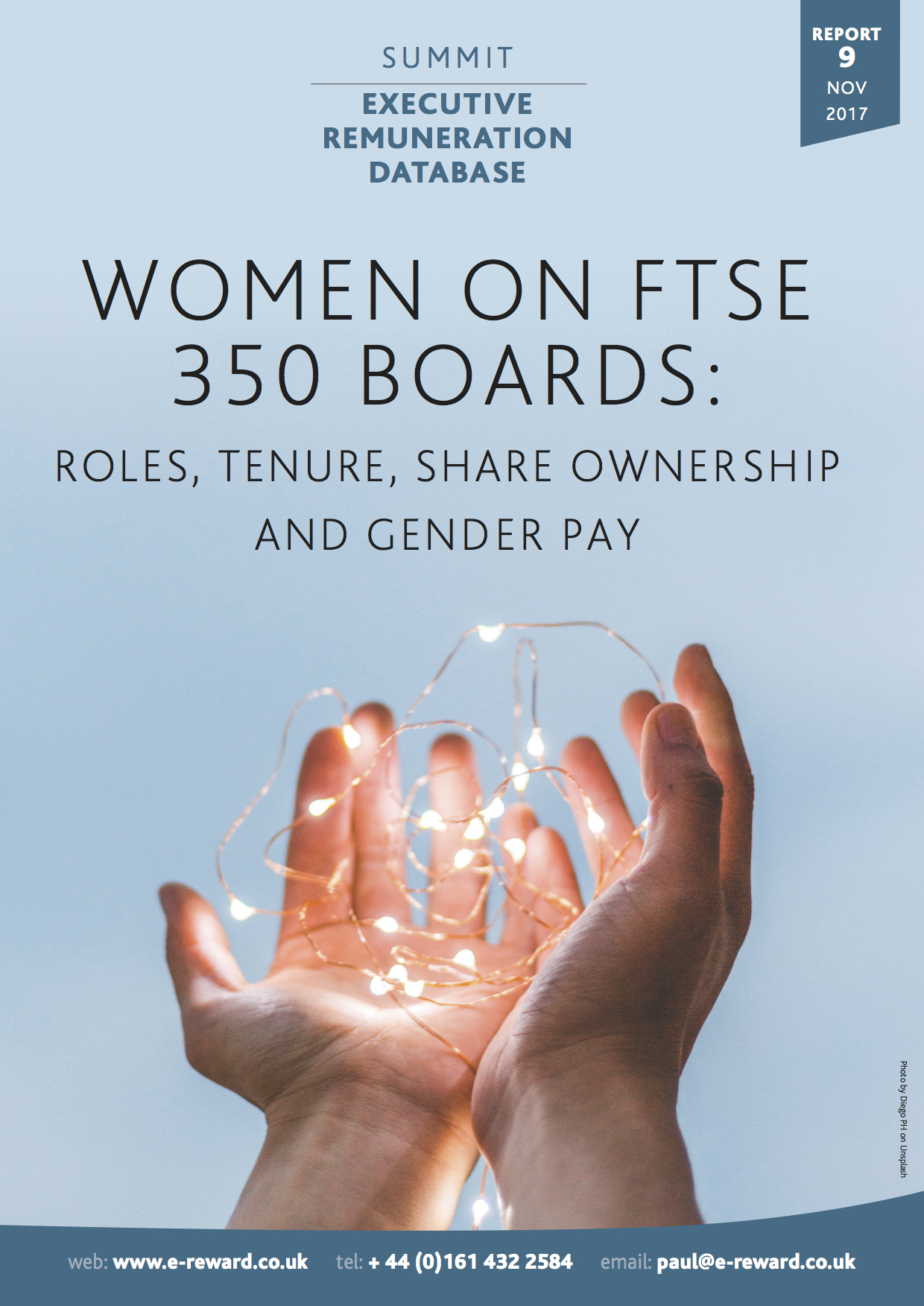