Gender diversity – UK boards: 'Interesting and helpful data shared by Steve and his team at E-reward on gender at the executive level.'

A New Remuneration Reporting Environment One Year On: Policy, Practice, and Implications

Far-reaching government reforms in executive pay – affecting the way that companies must report their directors' remuneration and how shareholders vote on it – came into effect in October 2013, with new legislation on remuneration reports for UK-listed companies.

Almost all companies have now made their first reports under the new regime. This new research project by E-reward.co.uk has examined the first batch of remuneration disclosures.Much of the guidance over the last year outlined how organisations should interpret the new regulations, but this study uniquely examines what they did do. 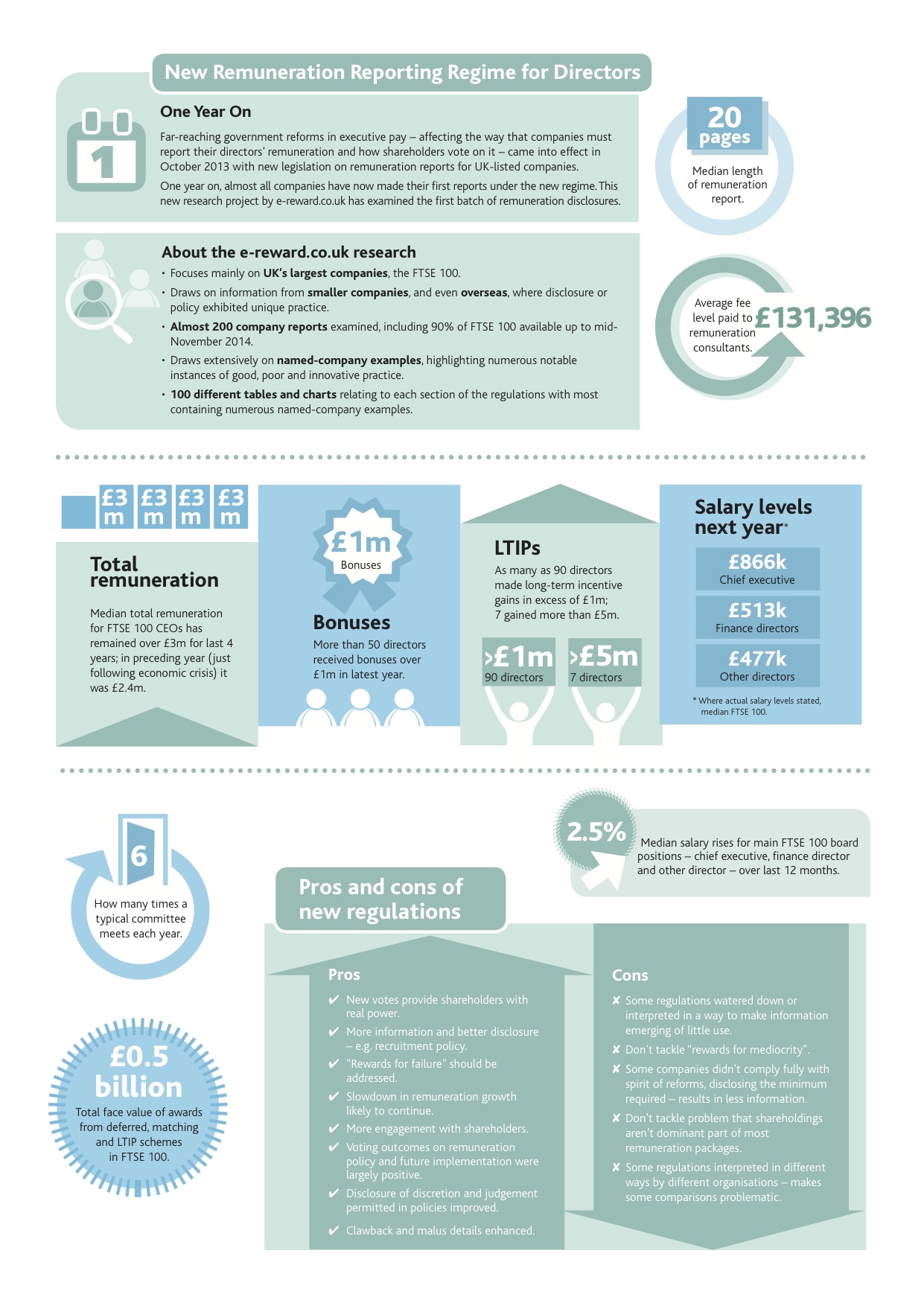 Organisations chose a whole variety of approaches making it clear that disclosure has some way to go before a consensus on best practice is arrived at and the policies themselves continue to evolve. Despite all the guidance available, organisations were provided with a reasonable amount of scope to interpret the different regulations and our report highlights how approaches varied, as well as outlining the more and less common forms of disclosure that were provided.

In addition to approaches to disclosure, the study illustrates how companies' policies vary with each element of remuneration. This makes it possible to build up a comprehensive picture of the latest reporting environment and the policies to emerge. Additionally, the report compares and contrasts how different companies approached disclosure under the new regulations and will allow you to understand the whole range of strategies used for each discrete element of remuneration policy – effectively to benchmark both disclosure practices and policy.


The E-reward.co.uk research is published in three parts:

Introduction to the new regime

Examines all aspects of the regulations covering annual statements and annual remuneration reports.

Outlines companies' future policies, how the policies will be implemented in the coming year and the outcomes resulting from their implementation in the previous period.

Title: A New Remuneration Reporting Environment One Year On: Policy, Practice, and Implications 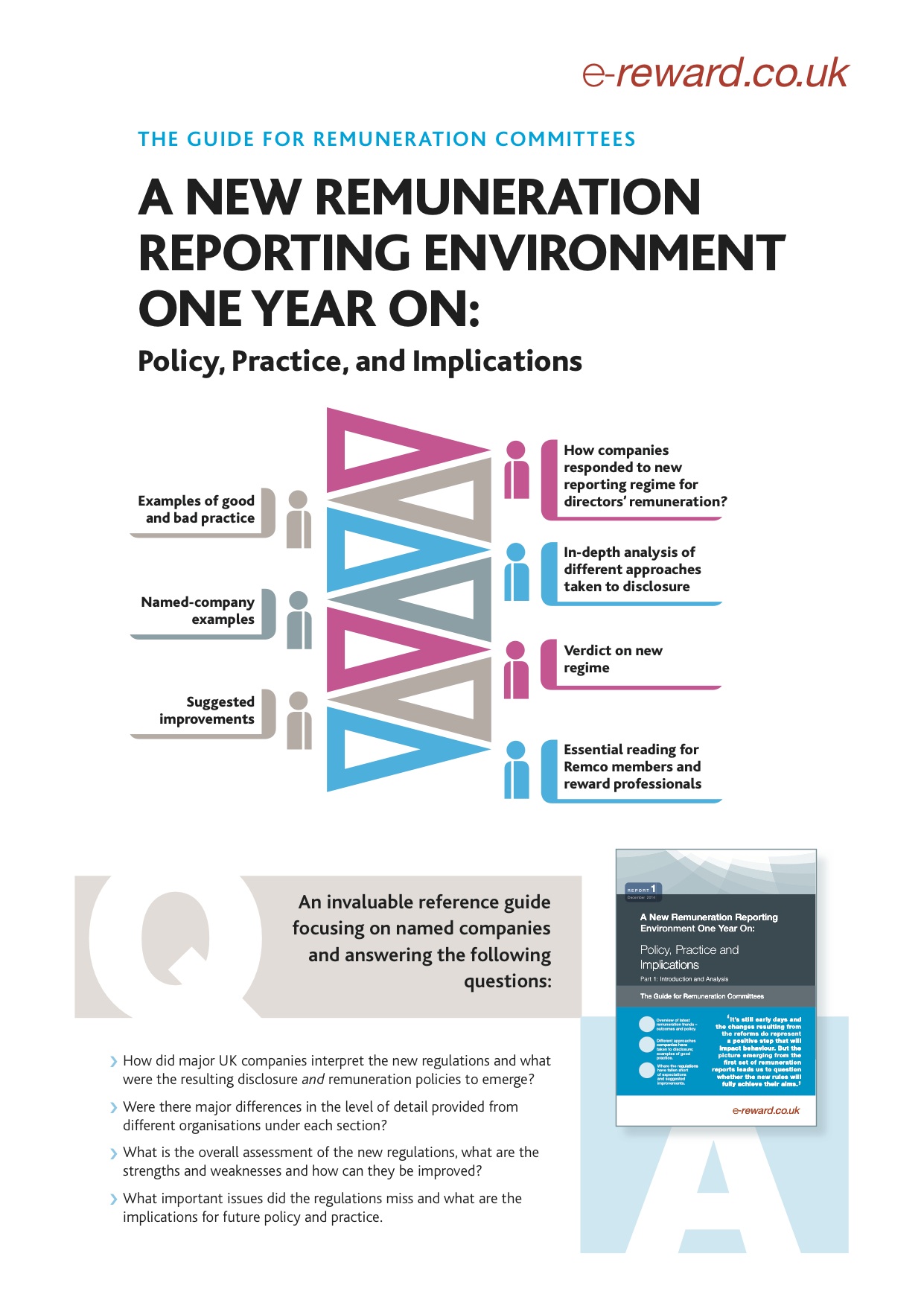