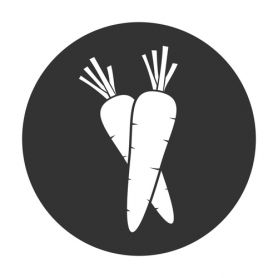 We've been busy planning our most extensive programme of reward courses and events for 2020, with new locations in Frankfurt and, coming soon, Oman, as well as summer schools in London. We'll also be launching a batch of new online e-learning reward classes next year.

Get in touch for the full 2020 schedule.

NHS hospital trusts are coming under increasing scrutiny so it's vital for them to recruitment and retain their most talented board-level decision-makers. Remuneration plays an important part in this equation and the NHS Hospital Trust: Boardroom Pay 2015 is an essential source of detailed information on this area.

Despite the severe funding pressures facing the National Health Service, last year saw the first signs that executive pay in NHS trusts has returned to the upward trend we witnessed prior to the financial crisis, for some directors at least. At a time when most public sector employees are subject to continued pay restraint, foundation trust directors received median salary rises of 3.1% in the year to March 2014, according to E-reward.co.uk. In contrast, directors employed by non-foundation trusts registered no change (as measured by the median salary rise), which was also the case for those in Northern Ireland, Scotland and Wales.

This is the most comprehensive survey of directors' pay in hospitals in the UK. Based on 258 NHS hospital trusts and health boards in England, Northern Ireland, Scotland and Wales, with data collected on over 2,000 directors and 20 board-level roles.

E-reward.co.uk pay researchers have been examining boardroom remuneration in the NHS for over 20 years. As well as trusts, they have followed the changes, analysing pay in PCTs, CCG clusters and now CCGs.

Our first survey of executive directors' remuneration in NHS hospital trusts extracted data from the most recent NHS annual reports and accounts:

Our overview of the latest findings is followed by chapters providing aggregate breakdowns of the remuneration of all the key board roles including:

Independence has also placed a greater emphasis on the roles of non-executive directors so the report investigates these positions alongside the fees received by trust chairs.

Data is analysed by:

In total, around 2,000 directors are examined from over 250 organisations. The report covers positions in 95% of hospitals and health boards in England, Scotland, Wales and Northern Ireland.

Our NHS research focuses on NHS trusts and CCGs. Both reports provide detailed aggregate analysis based on thousands of data points, but we also make available the data underlying this research so that you can identify precisely the pay rates in organisations of a similar size and complexity to your own.

Data for each job can be split according to:

E-reward's annual CCG and NHS trust reports cover the most common job roles, but our pay database also includes a number of specialist roles that should also be of interest.

For more details about how we can provide you with further analysis and a price quote, please contact E-reward.co.uk